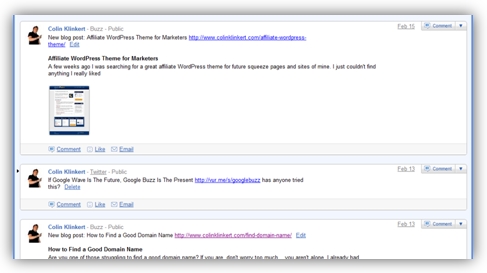 Coming To A TV Near You: Adobe Flash

Adobe is well known for its photo and video editing software, but its most widely used product is a freebie used by millions of people: Flash technology. It is the technology working behind the scenes on many websites and web servers that allows users to enjoy video online.

As reported in the New York Times, Adobe is to announce that Flash is being extended to the TV screen at the upcoming National Association of Broadcasters convention in Las Vegas.

Shantanu Narayen, Adobe CEO, expects TVs and set top boxes supporting the Flash format to be on the US market later in 2009. The top benefit of Flash technology coming to the TV screen is that users will be able to watch the same videos on the PC, phones and TV screens.

Disney CTO Bud Albers said in a statement that his company is one of the backers of Flash on the TV, stating “Coming generations of consumers clearly expect to get their content wherever they want on it, on any device, when they want it. This gets us where we want to go.”

Thanks in part to Flash, Adobe is reporting impressive profit figures. It makes money by selling software that allows media creators to build Flash applications and video. Flash is installed on 98% of all computers and 80% of web videos are viewed using Flash technology. In 2008 Adobe reported income of $871.8 million on revenue of $3.6 billion.

Never one to give ground on any of its related markets, Microsoft is pushing a Flash alternative called Silverlight which it claims has better support for HD 1080p video content. Microsoft states that HD capability is vital in a form format that is to be standard for video on TV. Microsoft’s Brad Becker (a former Adobe executive) said, “I can’t imagine what could be more important on a television than high video quality.”

There’s not been a real competitor to Adobe for ages – Microsoft could just start bridging the gap between the PC and the TV more effectively.

Mobile advertising startup JumpTap is taking on Yahoo and Google by by launching a pay-per-click advertising network called TapMatch.

The new network lets advertisers bid on categories and keywords, and elect to have their contextual ads appear on mobile Web searches. TapMatch also can target users by carrier, location, and other data to serve a more relevant advertisement. Advertisers and marketers will be able to access the ad network through a Web portal where they can upload images, text, or graphic banners for their campaigns.

Paran Johar, chief marketing officer of JumpTap believes “Savvy marketers worldwide are moving their marketing spend to where it matters most — in front of mobile consumers seeking relevant content and immediate gratifications. The mobile advertising market has reached a new phase of maturity where targeting is now essential, and TapMatch uniquely delivers a system that best matches advertisers to their desired audience at their precise moment of intent.”

TapMatch is directly competing with contextual mobile advertising offerings from Yahoo and the mobile version of Google’s AdWords. It is considered to be a lucrative market that will grow as more users access the internet from their phones.

While acknowledging Google’s stake in the space, Johar said that the TapMatch network can offer mobile advertisers more value because it can target devices by carrier, demographic, location, and handset. The company said its beta testers have seen up to three times the click-through rate compared with competing ad networks.

As smartphones become equipped with more desktop-like capabilities, it’s easy to see how people on the move may soon be using them as replacements for laptops.